You are here: Home / About / Gallery

The Brangwyn has a plethora of unique architectural detail. Clad in Portland Stone, the building has been left plain (or modelled) with the aim of creating imposing shadows and fascinating points of interest.  Each of the main entrances is marked by a huge bronze screen.

Inside, a greater degree of embellishment can be found. The interior is composed of colour-washed walls, with doorways marked by heavy architraves in a simplified style.   The plaster work is decorated with cornices and pilasters, and wherever natural wood is exposed walnut is used, such as on doors and counters.

The Grand Corridor in contrast to this, which leads from the main entrance, has marble floors and deeply coffered barrel vault ceilings.  These are made possible both by the greater height of the rooms on either side, and by the lack of further accommodation above.

This corridor serves as access to the main civic rooms, which consist of the mayoral suite, committee rooms, robing and reception rooms, and the Council Chamber.  All of which contain a wealth of interest, with a further use of walnut panelling and furnishing, and the inclusion of decorative features of local interest.

Finally, and at the end of this Grand Corridor, but with its own separate entrance, is the Brangwyn Hall.

Source: The Guildhall Swansea (Essays to Commemorate the Fiftieth Anniversary of its Opening) – An Architectural Appreciation of the Guildhall by I J Campbell, edited by J R Alban, BA, PhD, DAA (City Archivist) 1984 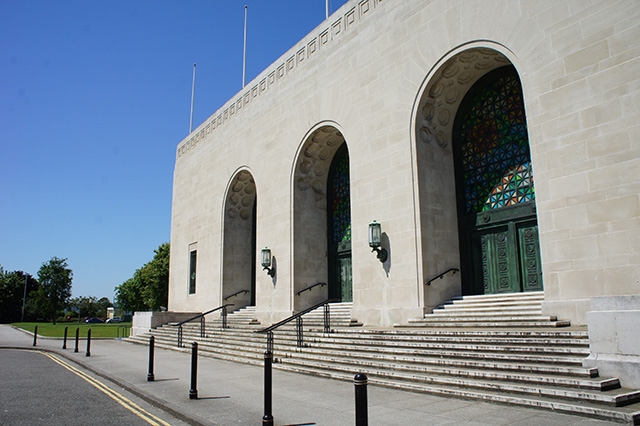 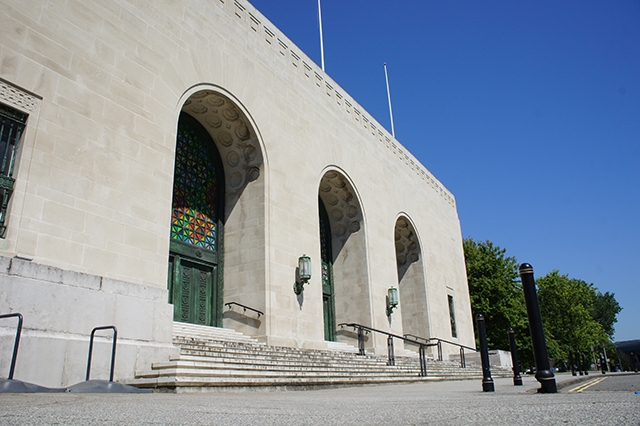 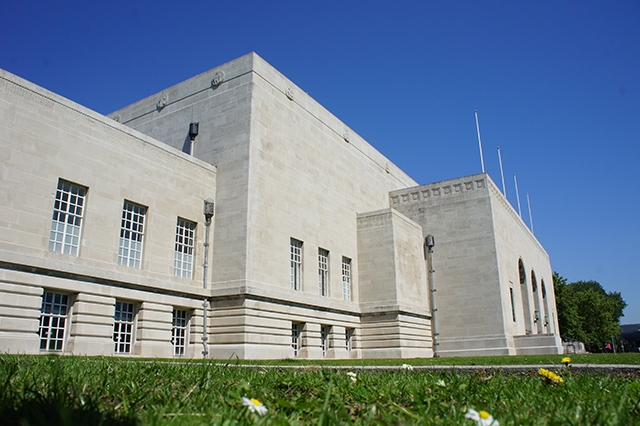 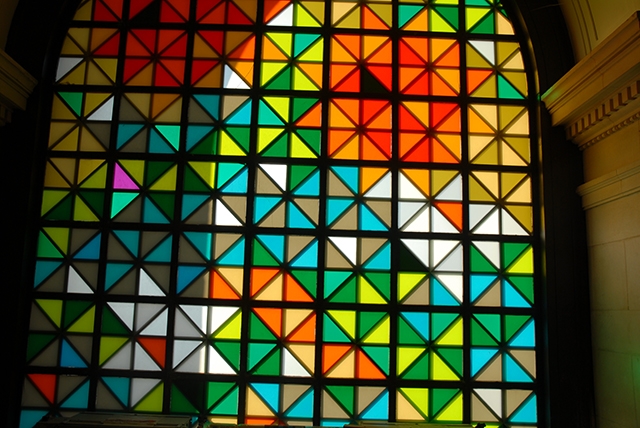 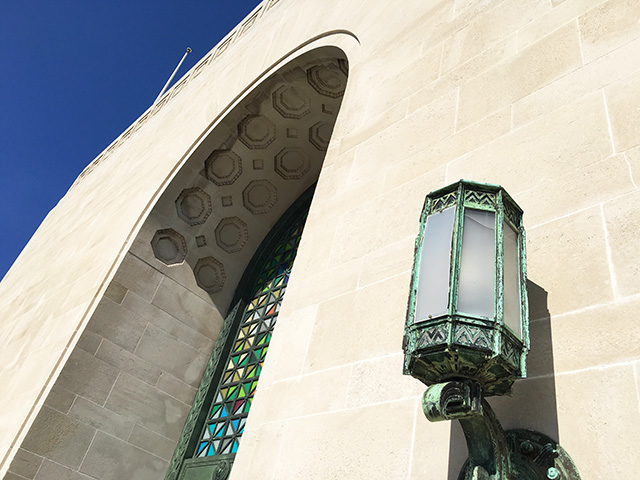 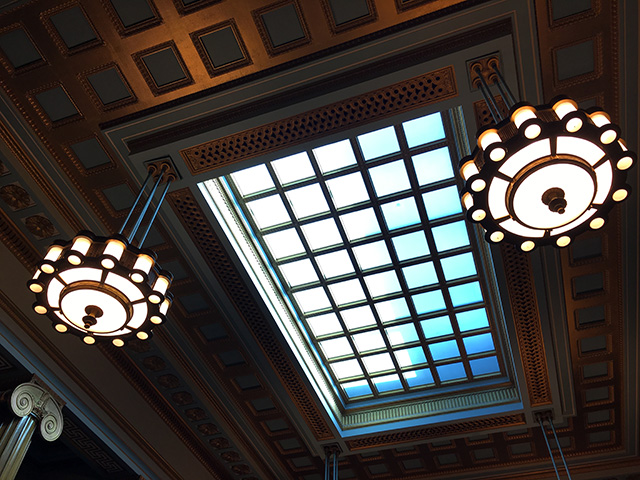 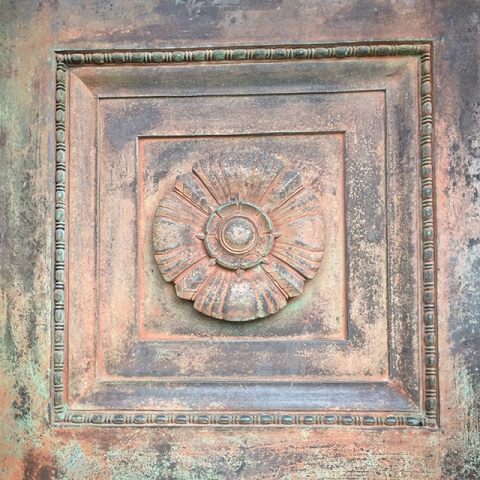 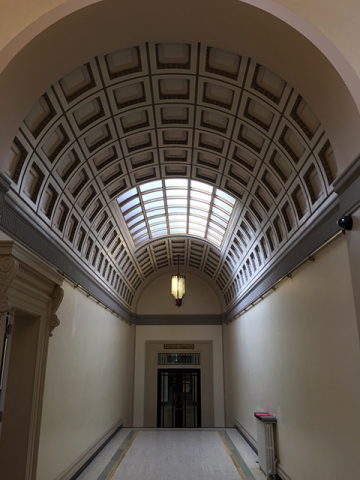 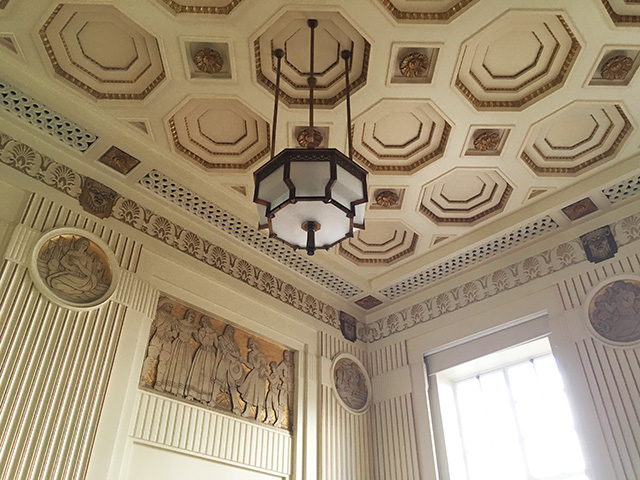 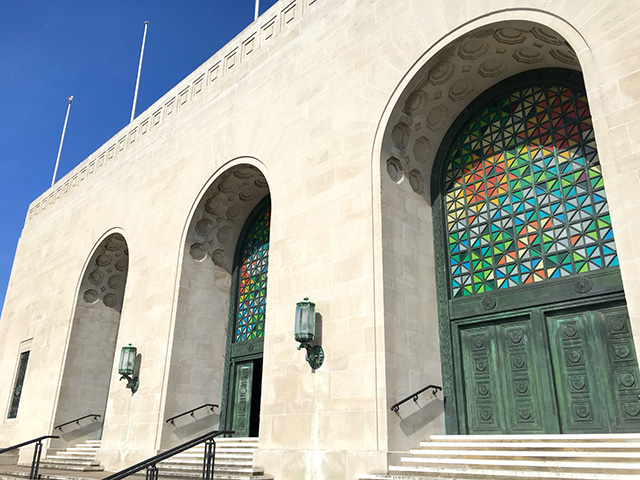 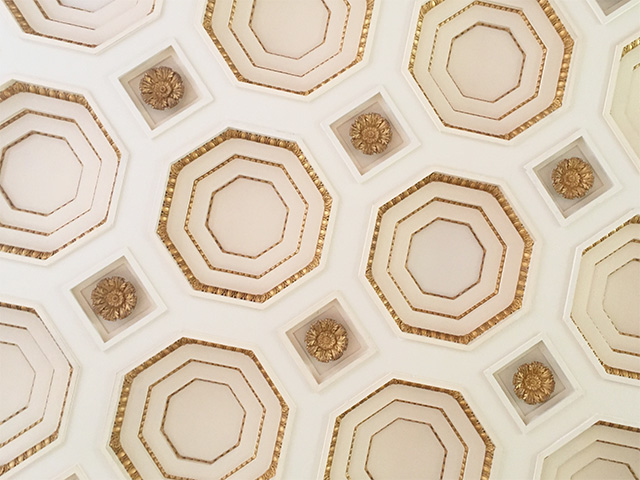 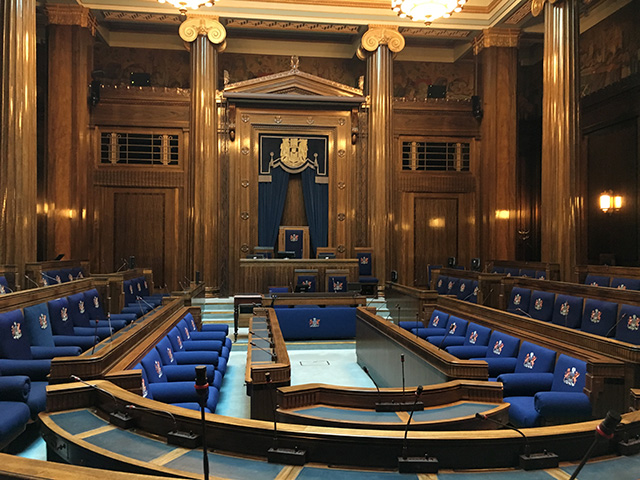 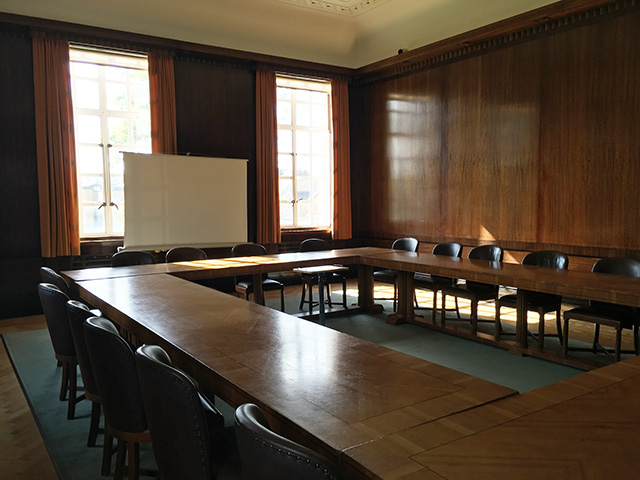 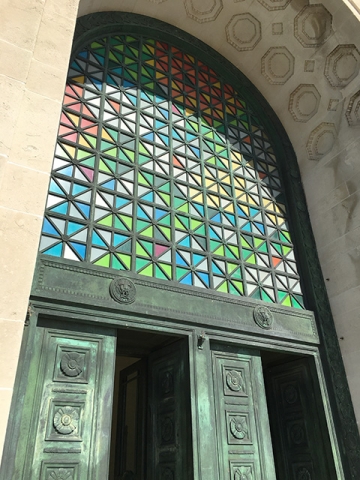 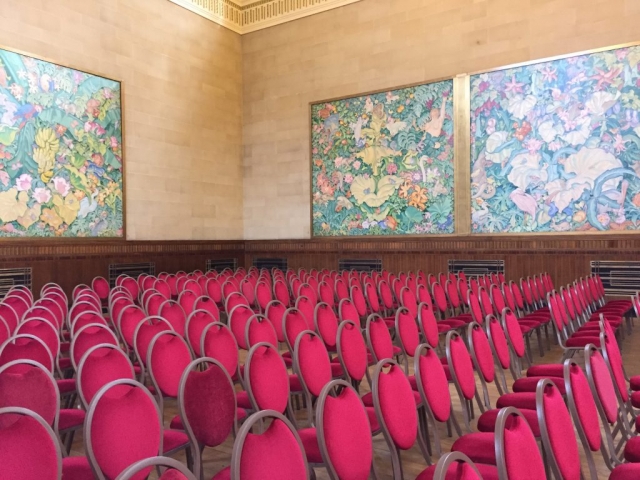 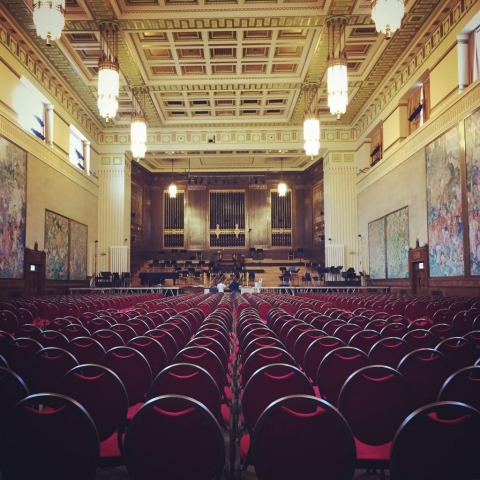 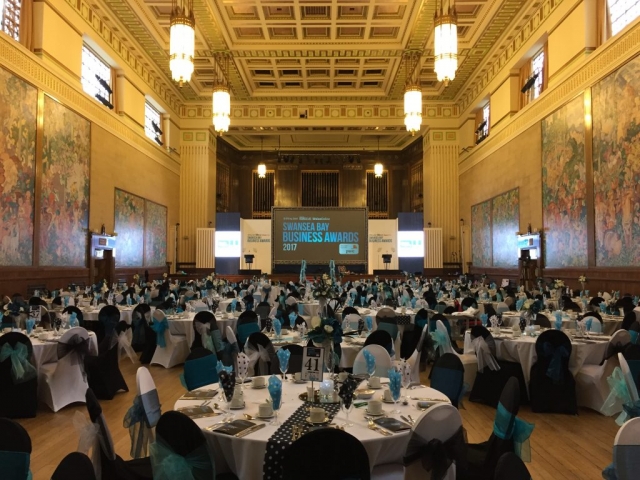