You are here: Home / About / The Brangwyn Hall Willis Organ 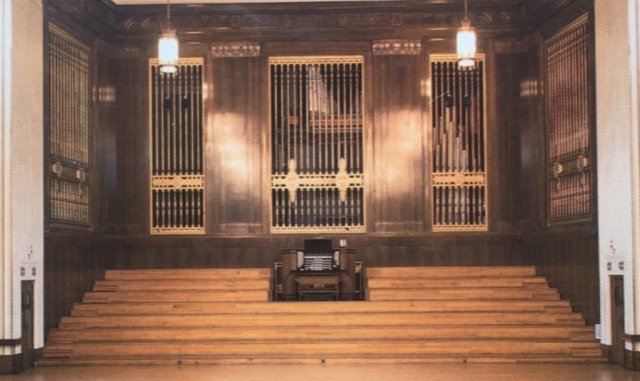 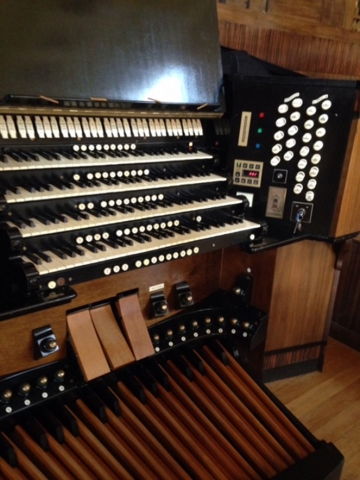 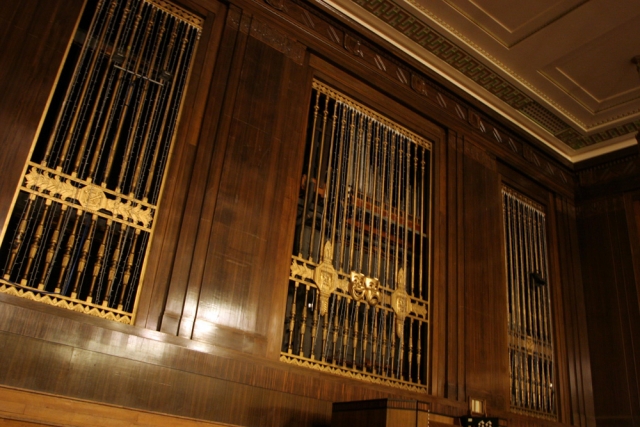 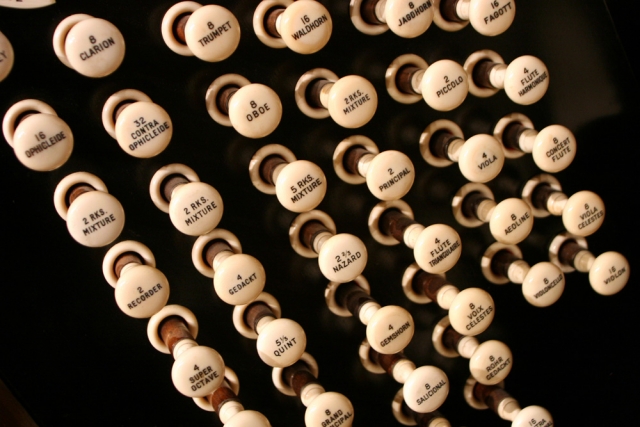 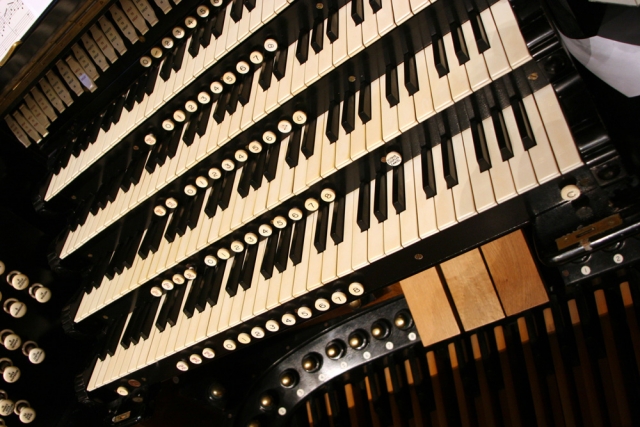 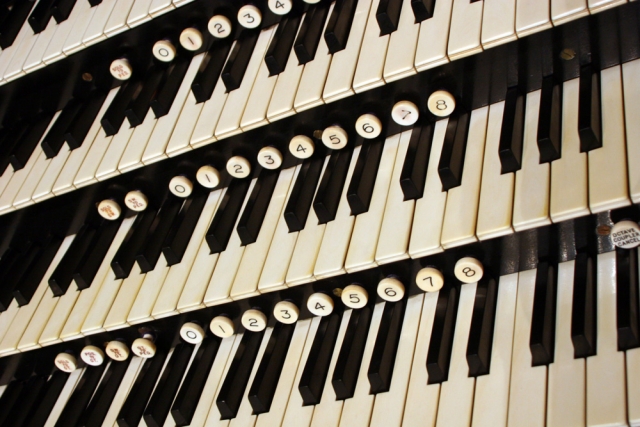 The history of the Brangwyn Hall begins in 1929, when Swansea Council promoted an architectural competition for new civic buildings including a general purpose ‘assembly hall’. Although it was envisaged that the hall would be used for concerts, there appears to have been no plans for including an organ. In May 1934, only five months before the completion and opening of the hall, the Corporation were approached by the executors of Sir Griffith Thomas, offering £3000 towards the installation of an organ. In brief from thereon, Swansea Council approached a number of organ firms including Willis, the latter providing two schemes, plus an advert for a second-hand organ for sale at ‘half cost’. The Council sought guidance from Sir Walford Davies, Master of the King’s Music who approved the favoured choice of the second-hand organ, subject to various changes. (it had been built in 1921 for the Elite Cinema in Nottingham). By August 1934, after a favourable second opinion by Sir Walter Alcock, organist at Salisbury Cathedral, a firm order was placed, and the organ installation was completed causing only a small delay in the opening of the Hall in October 1934. (For more details on the history of the organ and how it evolved to its present configuration, see The Brangwyn Hall Organ, a book written by J.R. Alban and J.M. Fussell.)

Under the skilful direction of John Fussell, Director of Music and City Organist (1970-1990) a substantial programme of refurbishment of the organ was accomplished, with some tonal additions whilst retaining the original and revered tonality of the Willis organ characteristic of the early 1900s when the firm were installing large cathedral organs (e.g. Liverpool Cathedral and Westminster Cathedral). The four-manual concert organ, with over 3500 pipes and consisting of Great, Swell, Positive, Solo and Pedal divisions provides a fine instrument for the accompaniment of choirs, for use as a solo instrument or in combination with an orchestra, small or large.

That such a fine hall was to be blessed by the remarkable acquisition of the Brangwyn murals is incredible. That serendipity should extend to a timely gift of money and the availability of an organ with a specification beyond Swansea’s imagination is just unbelievable! The organ is as much a jewel in Swansea’s crown as the paintings. Together, they provide a concert hall with unique ambience. The organ has proved its worth in countless civic occasions, graduation ceremonies and concerts. Recent lunch-time concerts have proved popular and the organ continues to attract professional organists from across the UK to perform, often free of charge.

Visitors wishing to play the organ should, in the first instance, approach the Hall Manager, leaving sufficient time for appropriate arrangements to be made. Special permission must be sought for recordings to be made on such occasions.

You can make a donation to the upkeep of the Brangwyn Hall Willis Organ here: www.swansea.gov.uk/BrangwynDonate