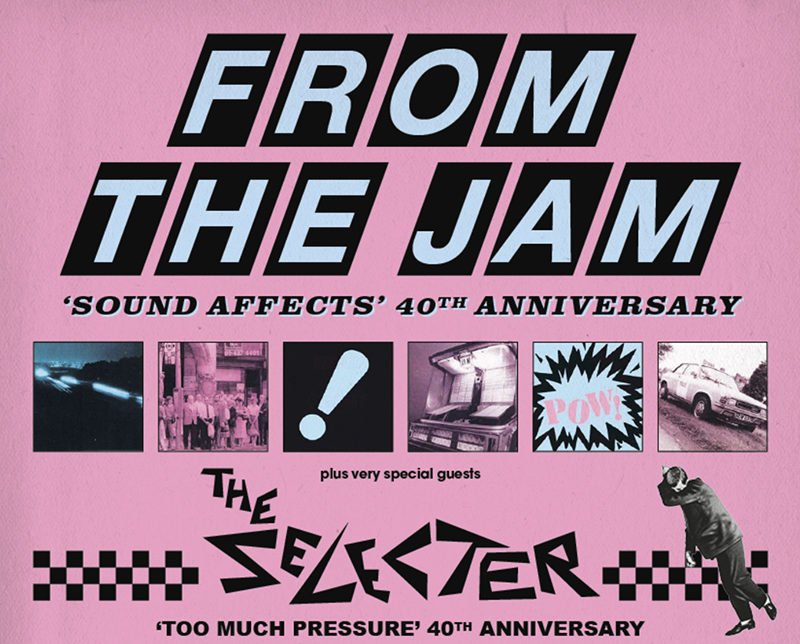 From the Jam are celebrating the 40th anniversary of Sound Affects, the 5th studio album by The Jam by performing it in full along with their other classic hits.

The album reached #2 in the UK charts and featured two of the band’s most-loved singles Start! and That’s Entertainment.

From the Jam formed in 2007, they are led by The Jam’s original bassist Bruce Foxton alongside Russell Hastings.

The Selecter are led by their iconic front woman Pauline Black and co-fronted by original member Arthur ‘Gaps’ Hendrickson. Pauline Black is one of very few women in the 2-Tone scene – she is often referred to as ‘The Queen of Ska’. The 40th anniversary of the seminal Too Much Pressure LP is being marked with a performance of the album in full plus classics such as On My Radio, The Whisper, Celebrate the Bullet and Frontline.